Shanghai Metro is one of the busiest urban rapid transit systems in the world and recently experienced an extreme period of growth, with the total number of lines doubling from 11 to 22 by the end of 2020. 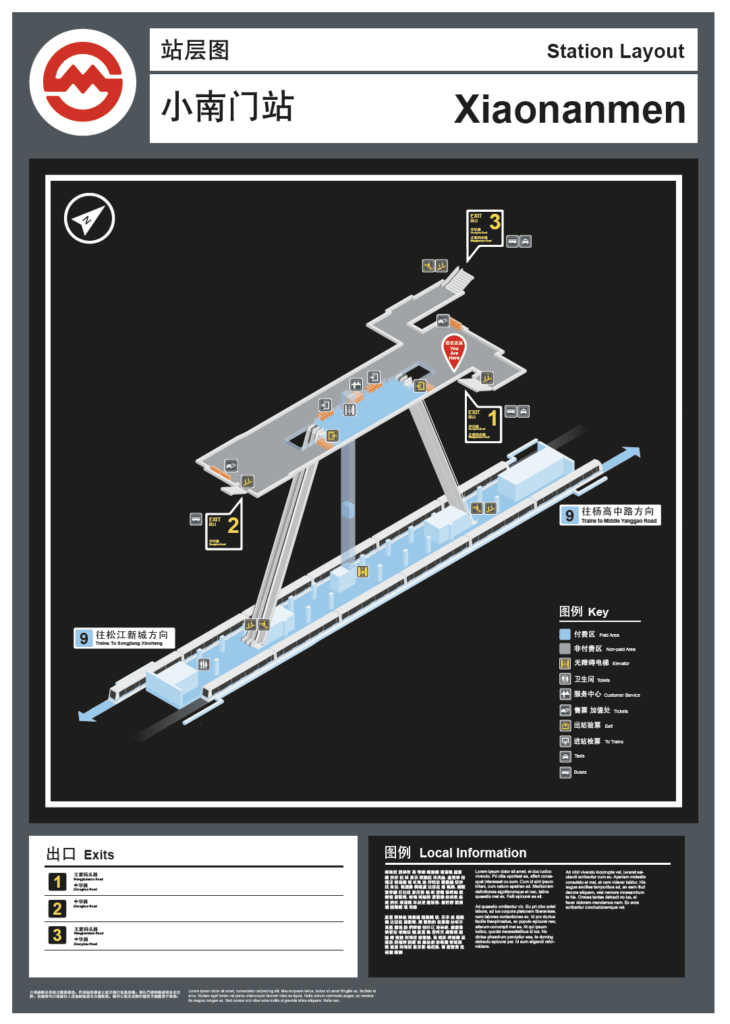 Maynard conducted an audit of existing signage products and wayfinding across the network. Areas of concern were highlighted and recommendations were made on potential improvements to the system. Detailed concepts for key elements of the wayfinding system were produced, including station layer diagrams, local area maps, and platform and concourse signage.

A comprehensive guidance document was issued, which has since been used to re-write the existing network guidelines. Our input has enabled the implementation of a robust wayfinding system with the flexibility to accommodate the growth of one of the world’s hardest working urban transit systems.